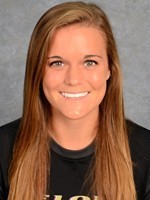 1. How do you feel about the way female athletes are portrayed in the media? Do you think there are positive role models for young athletes to look up to? If yes, who? If no, why not?

I feel that female athletes are portrayed in both a positive and negative light. Companies such as Nike and Underarmour portray female athletes quite positively. They are shown working out, sweating, and going their absolute hardest. However, in some commercials these women are sexualized and shown in nothing but spandex and a sports bra. What more could a guy want then a sweaty, half naked women? I think that there definitely are positive role models for young athletes to look up to. However, these amazing role models are not as popular as their counterparts due to their lack of coverage from the media. The athletes we see in the newspapers and magazines are often popular simply because of mistakes they have made. For example, the only college athletes you see in the news are football players due to allegations of sexual assault, battery, and failed drug tests. Rather than show the athletes who do good, the media shows athletes who do bad. Albeit this, I feel that some very positive role models that have recently received a lot of coverage are the players of the U.S. Women’s National Soccer Team. Players such as Abby Wambach and Alex Morgan, with their recent World Cup Success, have finally begun to receive the recognition they deserve.

2. How strong are you? and how do stereotypical images of what the female body should look like make you feel? Do you think you would feel or act differently if those stereotypes did not exist?

I think that I am strong to an extent. Physically, yes. Mentally, not as much as I would like to be. I can do all of the back squats in the world, but nothing will make me strong enough to overcome the constant pressure I feel to live up to the bodily standards of women, not to mention the shame I feel when I see women on T.V. with “perfect” bodies that I simply do not have. If these stereotypes did not exist, I think that I, and women everywhere, would both act and feel differently. While the comparisons would still be there between oneself and women with “better” bodies that we see in everyday life, there would not be the constant pressure and guilt that is brought on by media. The reality of it is, 99% of the female population does not have the bodies of these women that we see on TV. They are airbrushed and photo shopped to perfection, and their standards are made impossible to live up to.

3. What do you think makes a strong female athlete?

A strong female athlete is one that is strong, both mentally and physically. They have the work ethic to achieve their goals on the track, field, court, etc., and they have the charisma and attitude to inspire others and do good with the opportunities they are given.

4. How do you feel about the color pink commonly being associated with female athletic apparel?

Personally, I am not a fan of the color pink. Unless it’s on a neon pink sports bra or in support of breast cancer, I’m not buying it. So as you can imagine, I find this quite annoying when I go Dick’s or Sport’s Authority and see all of this athletic gear in pink. This is just a personal opinion and I know that others see it differently. The downside to this color associated with women’s athletic apparel is that pink can evoke emotions of “oh that’s girly” or “pink is a weak color” making a connection between all that is girly and frilly with women athletes. I do not think that this is the intention of athletic apparel producers, as pink is often liked by girls so they are simply producing to the likes of their consumers.

5. Tell us about your life now and how being involved in sports has shaped who you are today.

Since I was 5 years old my life has revolved around sports. When I was 5, I joined my first recreational team, and when I was 8, I joined my first club team. Since then, it has been weekdays filled with nothing but homework and soccer practice, weekends spent driving hours in the car, and the oh so lovely feeling of turf burn. In middle school I decided to take up lacrosse. I continued to play through my junior year of high school until I chose to quit and focus on soccer. Soccer has been a main factor of my life and I have no idea where I would be if I did not play. I chose my high school partially because of its nationally ranked team where I met my two best friends. I met my other best friend on my club team. I found my current university because of soccer and I am lucky to continue my playing career here. I missed out on all of the parties in high school, struggled to find time to do my homework, played through broken bones, and missed countless schools dances. My senior year prom I came from a game and had to paint my nails in the car, then the next morning got up at 6 AM to go to my next game. All of the hardships I have endured because of soccer have shaped me to be who I am today, and I wouldn’t change that for the world.